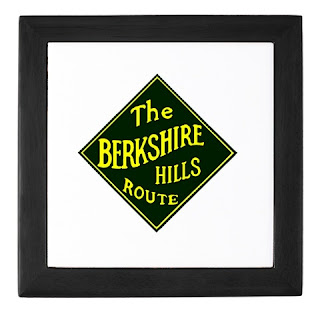 I have been a model railroader for many years, but this will be my first attempt at documenting the progress of my layout.  After building freelanced model railroads, a good friend of mine suggested trying to use a prototype railroad for inspiration.  It seemed like a good idea and I decided to finally settle on modeling the Housatonic Railroad Company (HRRC).  This is a railroad that begs to be modeled.
The Housatonic Railroad Company (HRRC) is a local short line that operates in the western part of along the Berkshire Line (50.0 miles),  to Derby/Shelton via its Maybrook Line (33.5 miles) and in western
HRRC operates trains between and Canaan on Monday through Friday, and between Canaan and on Sunday through Thursday, and a local switching train on Monday through Friday, as needed. There is a switching yard in New Milford and a yard plus an engine maintenance facility in .
The HRRC handles approximately 6,000 railcars a year of commodities that include lumber, limestone, pulp, paper, and waste. In addition to serving several large industrial customers and smaller shippers, Housatonic also operates a bulk transfer facility located at the intersection of I-84 and Route 25 in . The facility has the capacity to load/unload cars within its lumber terminal and on its bulk track with total capacity of approximately 30 car spots as well as additional capacity for car staging.
The size and actual operations of the HRRC make it a prime candidate upon which to base my layout.


The layout room is the 13'x 21' bonus room over our garage and is a multi use room by the whole family. The layout will be built on 24" to 32" wide shelves running around three walls of the room and extending into two closets via tunnels through the walls. (I have a very understanding wife! ) The single deck shelf places the railhead height at about 54" from the floor. The space under the cantilevered benchwork is used for a large TV, computers and craft tables.
I am not a rivet counter by any means, but the track plan is designed to reflect accurate track arrangements in most industrial switching areas. I am building it with a continuous running option for fun, although operating sessions will be run as point to point via staging. The key signature scenes will hopefully convey a sense of the actual locations to those familiar with them. I have also added in purely fictional scenes for my own enjoyment.  For example, there will be a large steel trestle spanning a gorge.  There are no bridges anything like this on the actual HRRC, but I like bridges for scenic value and photos.  Hey, it is my layout anyway.
I have about 400 pieces of rolling stock and the entire roster of 5 GP-35's that the HRRC runs .  I will also be kitbashing an Alco RS3-M to represent the unit the HRRC has on loan to the scenic Railroad.  I have purchased appropriate P&W locomotives and the distinctive former FEC ortner hoppers for the stone trains.
The track will be all Atlas code 55, with 15" minimum radius curves and super elevation where appropriate.  The turnouts will be #10 on the main line, with minimum #7 turnouts in industrial areas. I will be using Lenz DCC for power and control.   I have purchased a large number o servos and decoders to power the turnouts as I make progress.  There will also be bi-color LED turnout position indicators on the fascia.

I will update this blog following the progress on the Housatonic RR (HRRC). This will be a long term project, but an enjoyable one.
Posted by Pomperaugrr at 2:55 PM